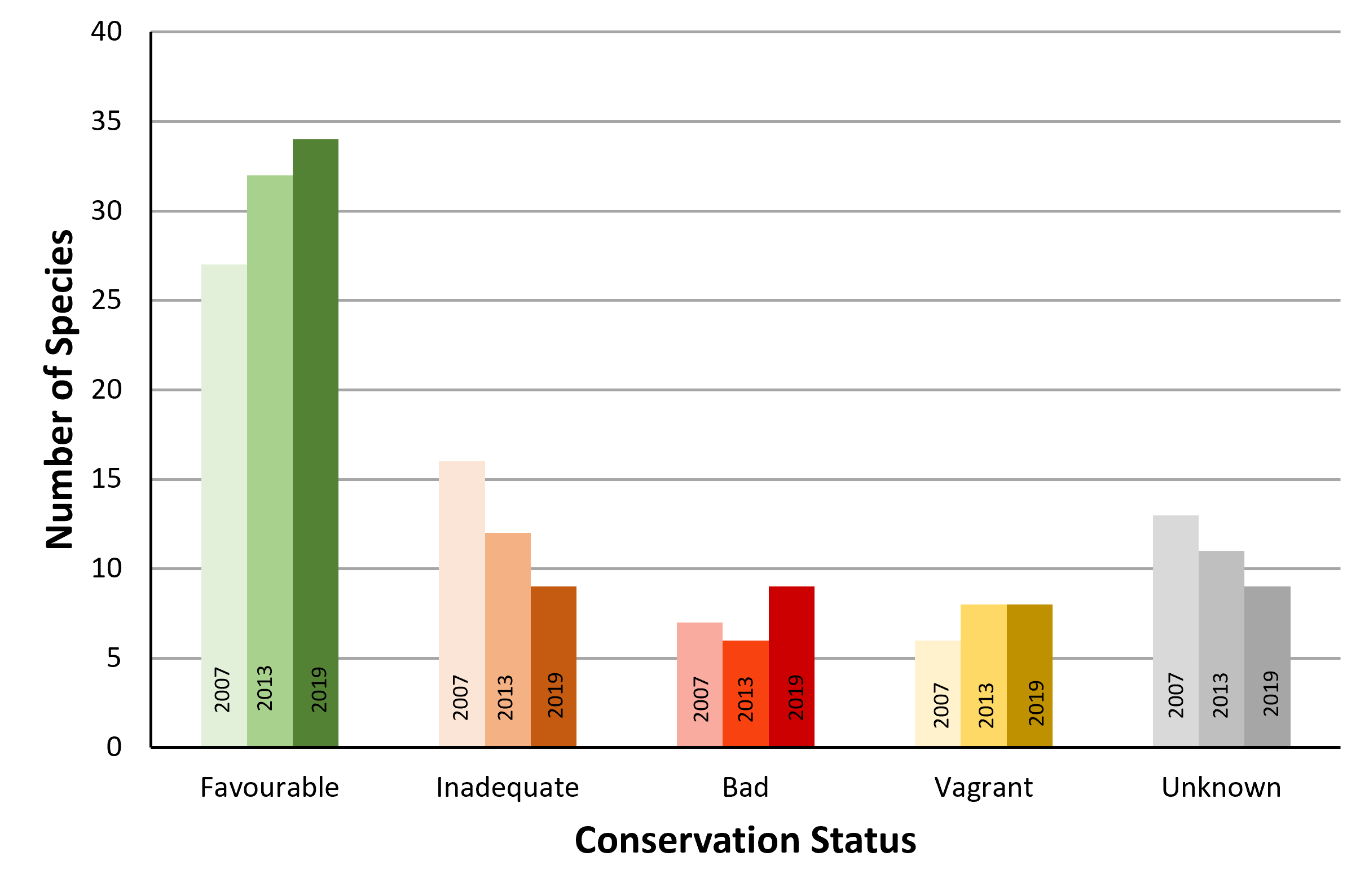 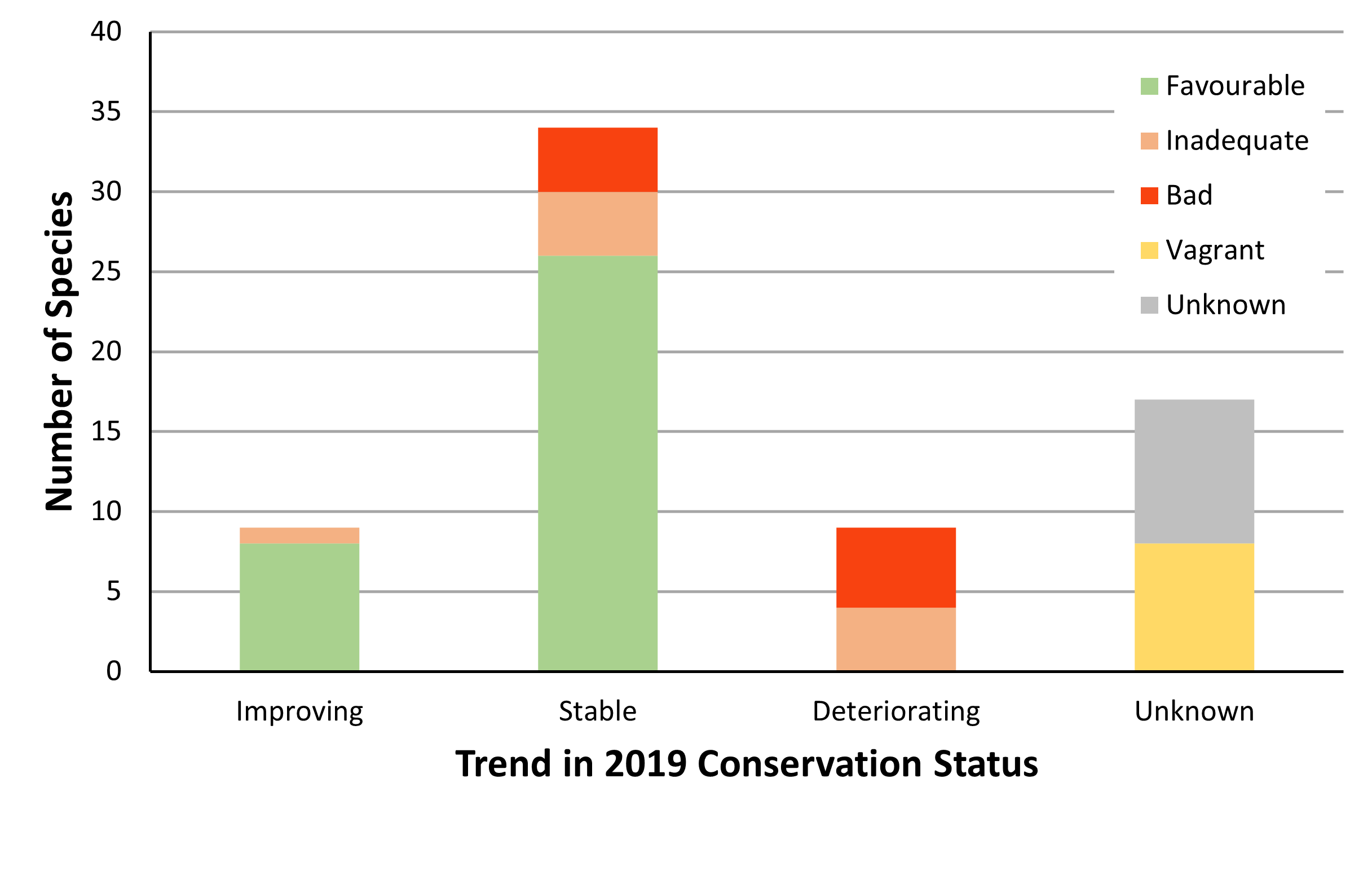 The EU Directive on the Conservation of Habitats, Flora and Fauna (92/43/EEC), commonly known as “the Habitats Directive”, came into force in 1994 and was transposed into Irish law in 1997. It has become the single most important piece of legislation governing the conservation of biodiversity in Europe. The main aim of the Habitats Directive is to achieve and maintain favourable conservation status for habitats and species which are considered at risk. This is to be achieved by designating key sites as Special Areas of Conservation, and also by introducing protective measures for species considered at risk. The protection of these habitats and species occurring in Ireland presents many of the most important priorities for nature conservation in this country.

Under Article 17 of the Habitats Directive, each member state is obliged to report to the European Commission on the status of listed habitats and species every six years. In 2007, 2013 and 2019 Ireland submitted assessments of conservation status for all 69 species covered under Article 17 that occur in Ireland.  The current status has been derived by the National Parks and Wildlife Service using the best available information on the range, population size, area of suitable habitat, threats and management of the species and its habitat, although in some cases there are inadequate data to make a precise statement on conservation status.

In 2019, 34 species had favourable assessments, 9 inadequate, 9 bad, 9 without sufficient data and 8 were considered vagrants i.e., present, but not breeding in Ireland.  With respect to the trends in the 2019 conservation status, 9 species were deteriorating, 9 were improving, 34 were stable and 17 were unknown.

An existing indicator used for Article 17 reporting under the EU Habitats Directive, this metric uses a standard classification system to grade the conservation status of species protected under Article 17 and can be used to show changes in that status over time.