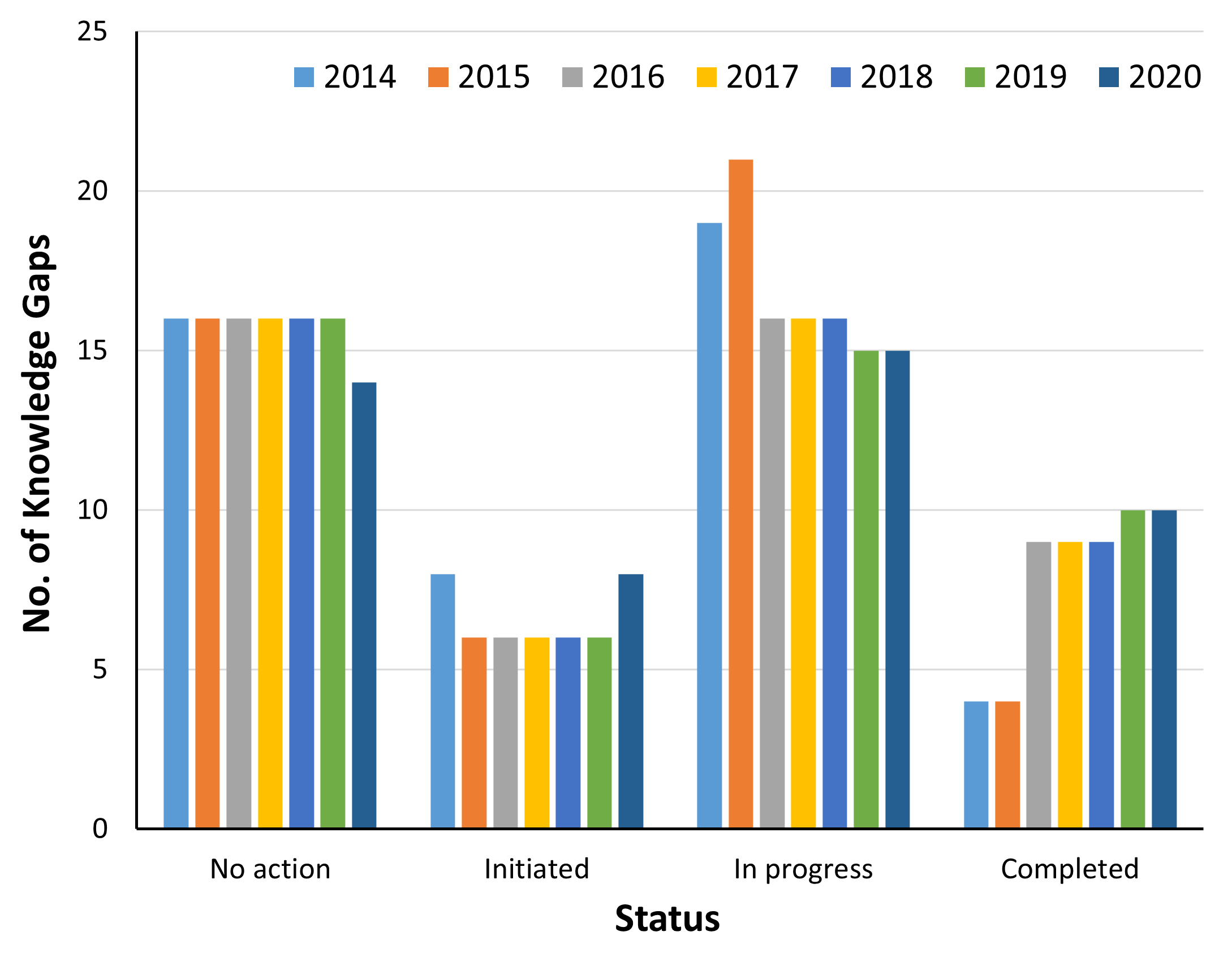 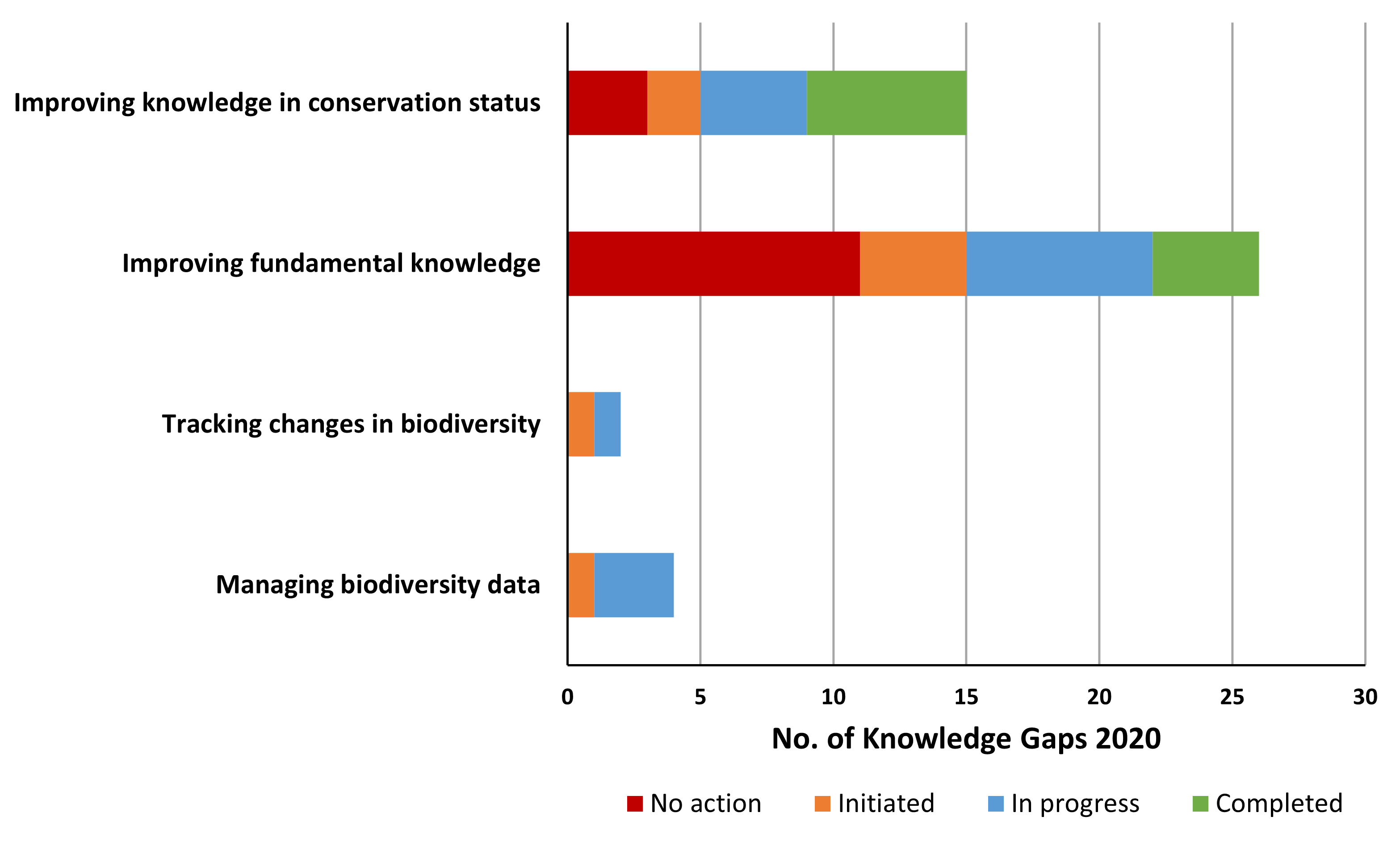 The format for the Biodiversity Knowledge Quest was to invite recognised national experts to provide an account of the current state of knowledge for a particular aspect of biodiversity. The account was based around answering the following questions:

• Is there a published checklist?

• Have basic surveys been carried out?

• Is there a national database?

• Has a national conservation assessment been completed?

• Are there monitoring systems in place?

• Are there capacity building requirements?

• Are there other knowledge gaps?

These expert sessions were followed up with a series of knowledge gap workshops which identified and prioritised the remaining knowledge gaps for that group or habitat, and which gaps could be filled most easily over a ten year period.

Data H.2.ii. Number of gaps filled that were identified in the “State of Knowledge: Ireland's Biodiversity 2010”

Number of gaps filled that were identified in the “State of Knowledge: Ireland's Biodiversity 2010”

Carried out in 2010 by the National Biodiversity Data Centre, the State of Knowledge report on Ireland’s biodiversity highlighted a number of information gaps through its analysis of the range of taxonomic groups. While the information contained therein would need to be summarised succinctly, the indicator could track improvements to biodiversity data management, the number of monitoring programmes, fundamental surveys conducted and conservation status assessments completed over time.