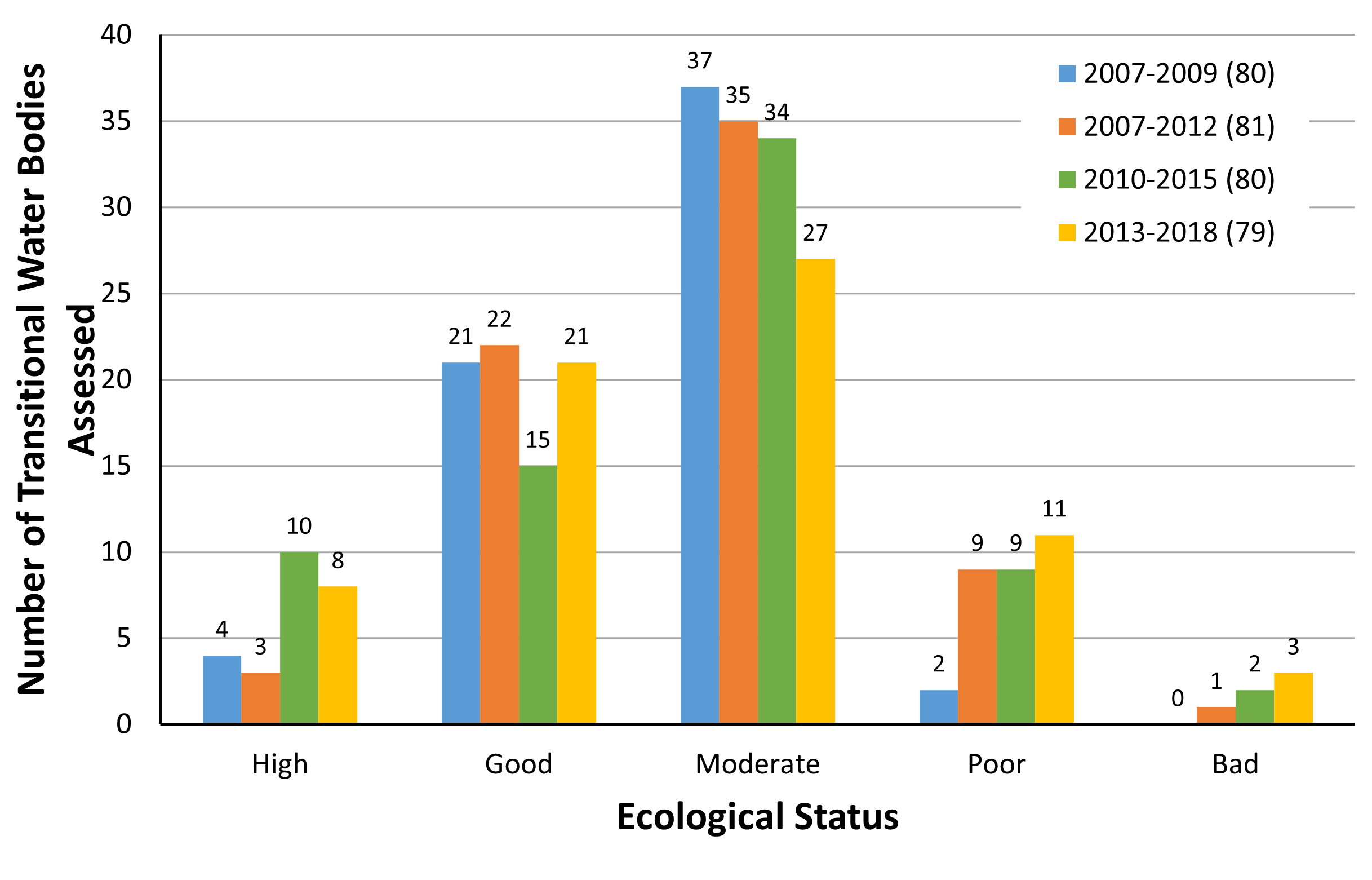 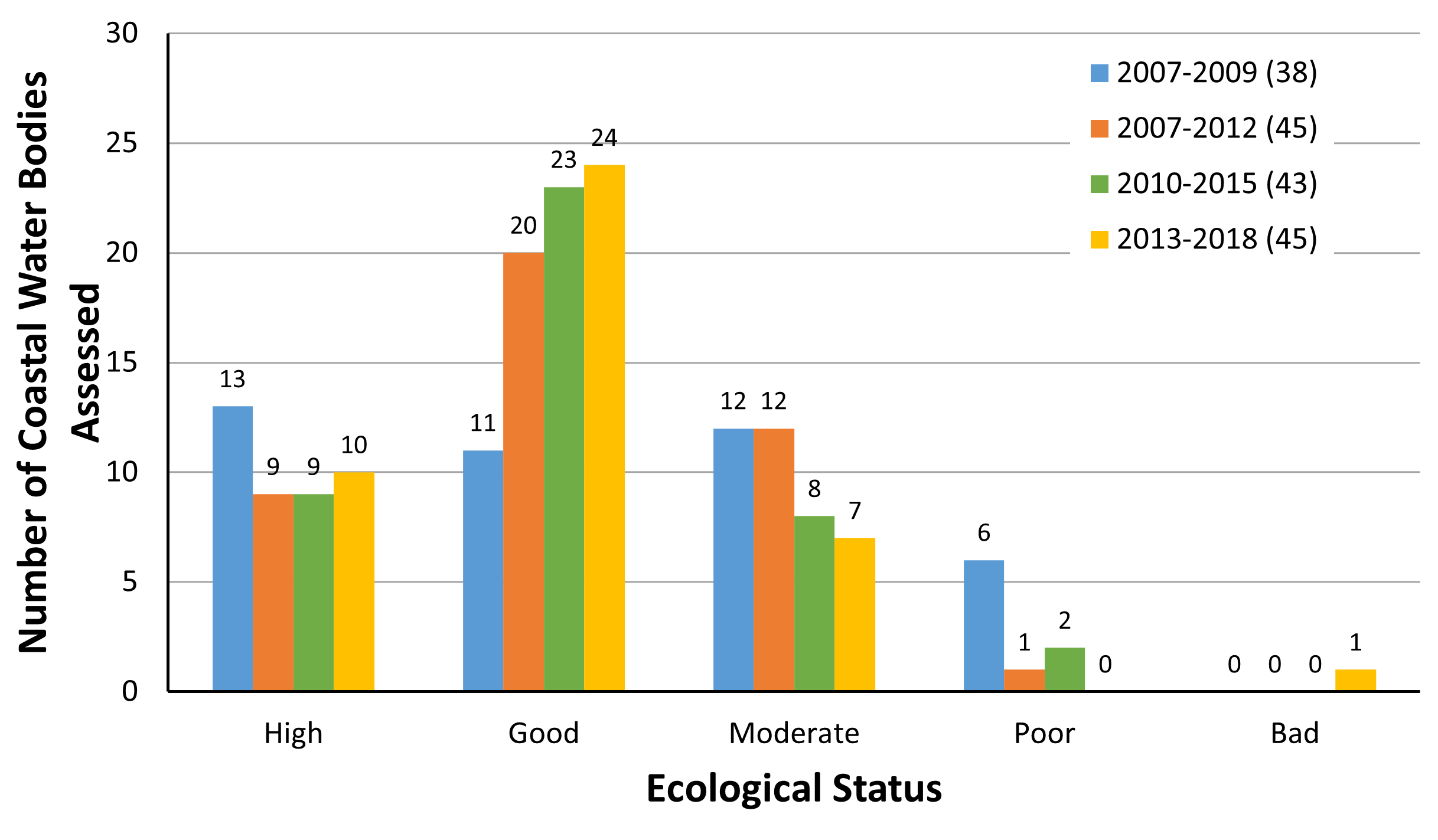 Introduced in 2000, the EU Water Framework Directive (WFD) aims to protect all water resources, prevent further deterioration of all waters and to restore degraded surface and ground waters to good status by 2015.  In addition, the EU Marine Strategy Framework Directive (MSFD) was adopted in 2008 with the aim to achieve Good Environmental Status in Europe’s marine waters by 2020.  The Department of the Environment, Community and Local Government has delegated the task of WFD implementation in Ireland to the Environmental Protection Agency (EPA), and MSFD implementation to the Marine Institute (MI).  The assessment of transitional waters is primarily driven by the WFD, with coastal water assessments now required by both the WFD and the MSFD.

Pressures on water quality assessed under the WFD in transitional and coastal waters include inputs of hazardous substances and morphological alterations.  As with rivers and lakes, transitional and coastal waters are classified into high, good, moderate, poor or bad ecological status based a standard, European-wide unified approach integrating a suite of biological, chemical and morphological conditions.  Assessment of quality if based on the extent of deviation from reference conditions i.e. biological, chemical and morphological conditions associated with no or very low human pressure.

More information on water quality in Ireland’s coastal and transitional waters can be found here:

More information on the Water Framework Directive and the EPA’s Monitoring and Assessment Programme can be found here:

The Water Framework Directive Status data can be downloaded from here:

The EU Water Framework Directive was adopted in 2000 bringing a standardised framework to safeguarding all water bodies and water-dependent ecosystems.  The number of transitional water and marine habitats attaining high or good environment status is an indicator of Ireland’s success in protecting its water resources.