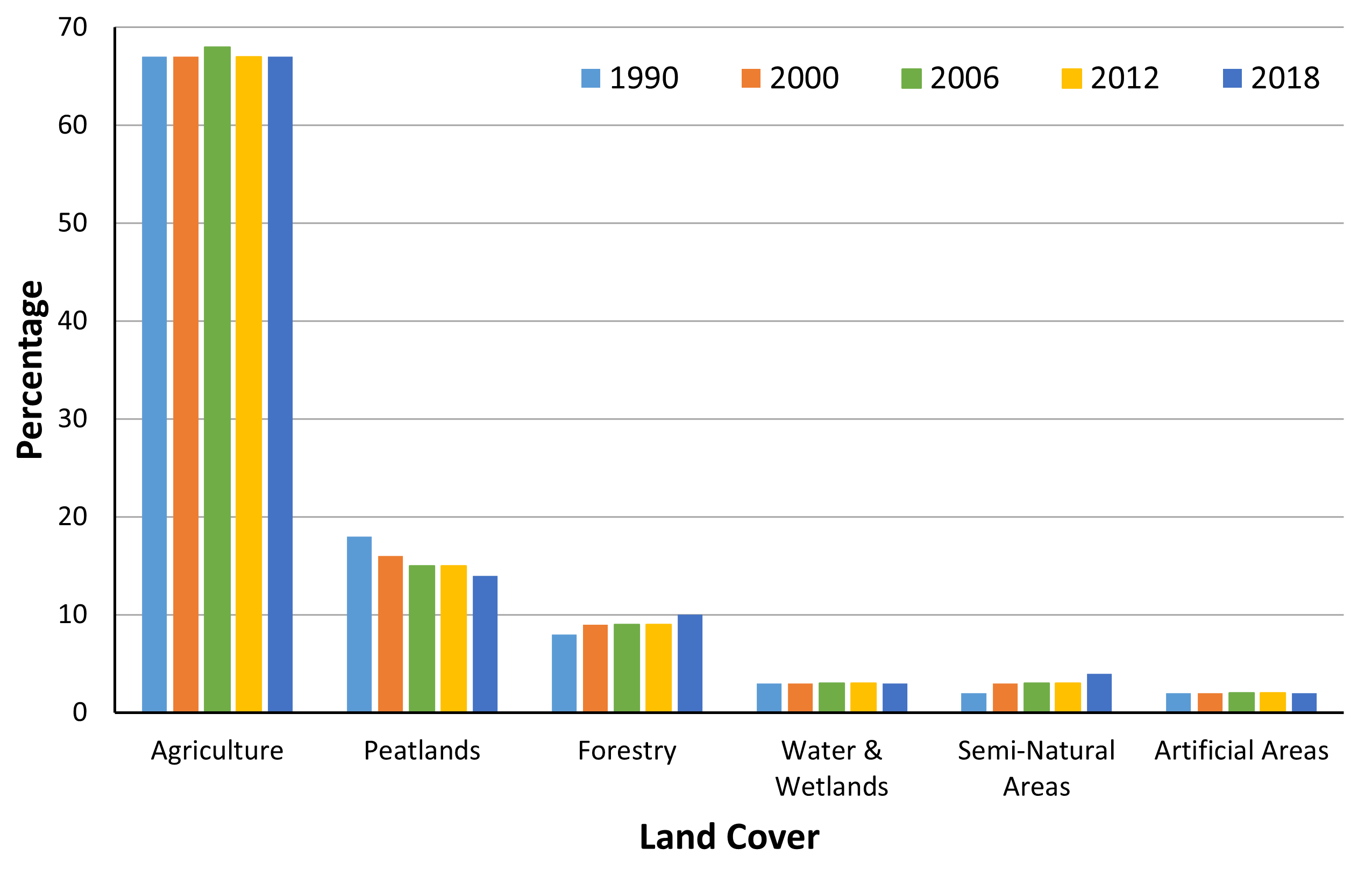 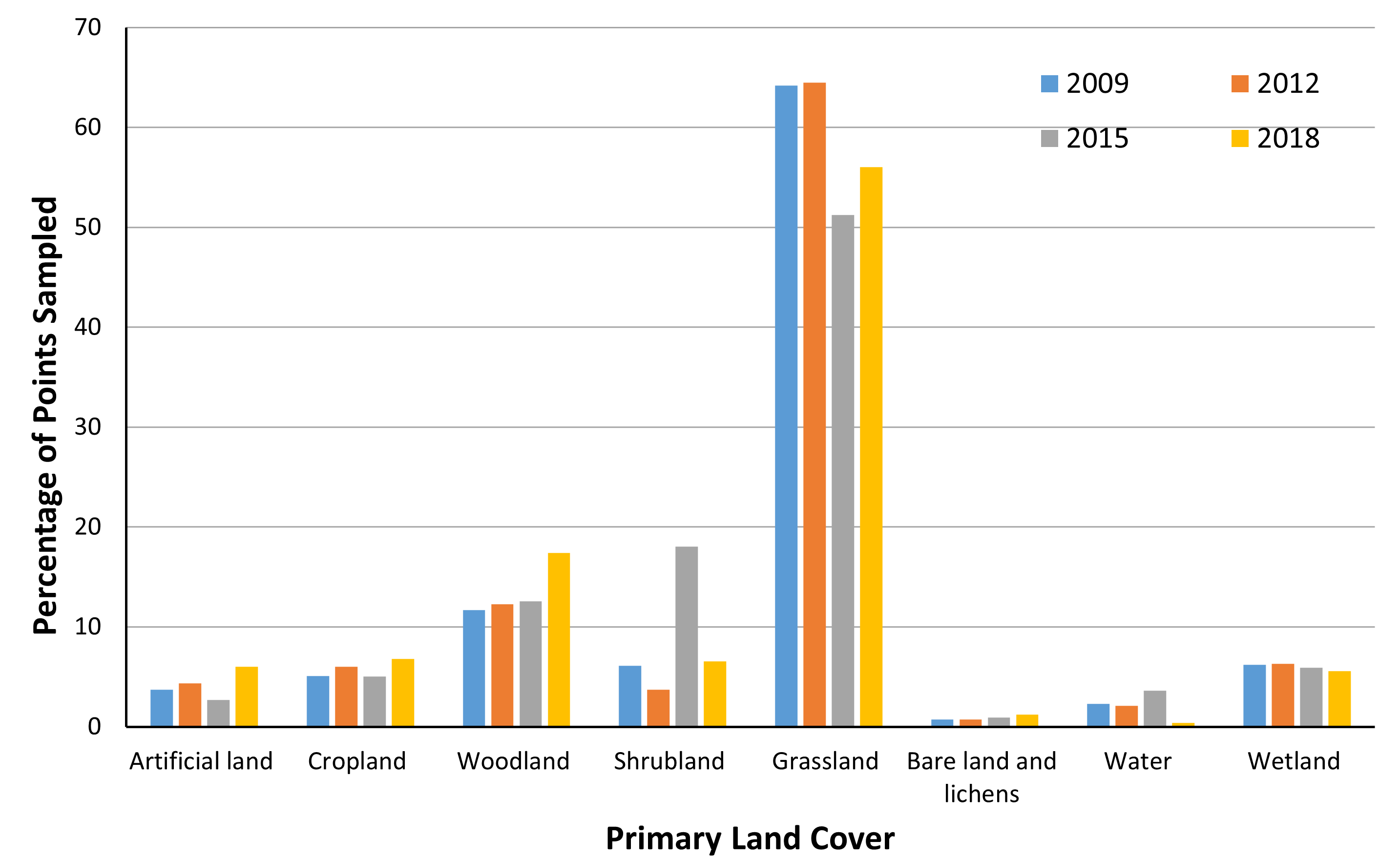 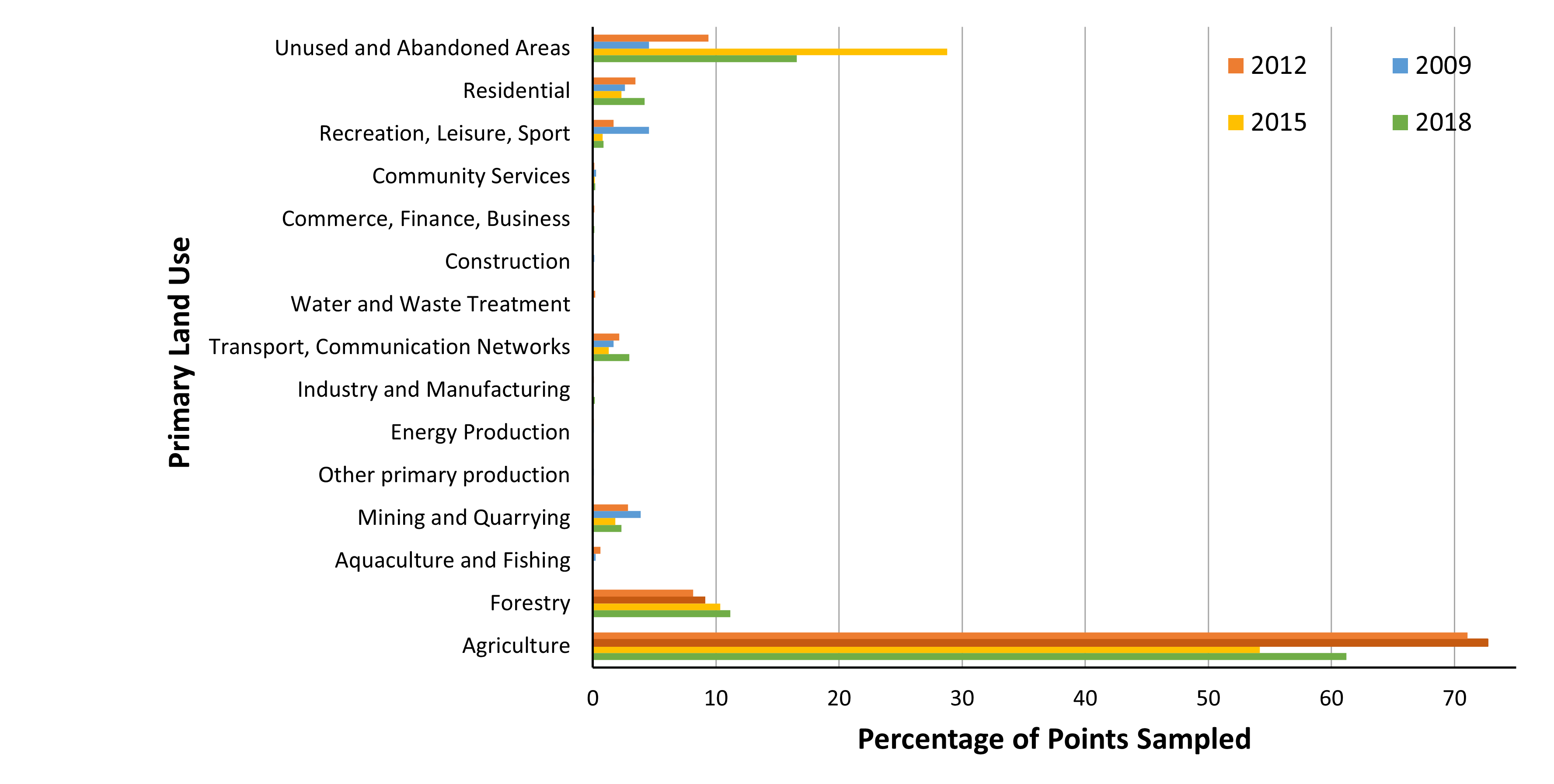 The leading driver of biodiversity decline worldwide and in Ireland is habitat loss. Changes in the Irish landscape can be divided into two interconnected concepts: land cover refers to the biophysical coverage of land (e.g. crops, forest, artificial surfaces), and land use refers to the socio-economic use of the land (e.g. agriculture, recreation, quarrying).

The Corine Land Cover (CLC) map is a unified European land cover map based on the interpretation of satellite images.  In 1990, 2000 and 2006, digital CLC maps provide indicative land cover maps for much of Europe.  In 1990, the CLC project in Ireland was conducted by a large interdisciplinary teams comprising several groups in Northern Ireland and the Republic of Ireland.  Since 2000, the Environmental Protection Agency has been designated the CLC National Focal Point for the European Environmental Agency.  Based on the CLC maps, the main land cover type in Ireland is agriculture, followed by peatlands and forestry.  The major changes in land cover from 1990-2018 have been and decrease in the area of peatlands from 18% to 14%, and an increase in forestry from 8% to 10%.

Since 2006, EUROSTAT have conducted a harmonised survey on the state and dynamics of land cover and land use change across the EU.  The surveys are conducted every three years and are carried out in-situ, whereby direct observations are made on the ground by teams of surveyors.  The points where the observations are made selected based on a 2 km2 sampling grid across the entire EU.  In Ireland, 4,163 evenly dispersed points were sampled in 2009, 3,484 points sampled in 2012, 4,973 points in 2015 and 4971 points in 2018.  At each point, land cover and land use is classified, land management is noted (e.g. grazing, irrigation), a series of photographs taken and linear elements noted (e.g. walls, hedges, roads).  Based on the LUCAS land cover and land use classifications, the major changes from 2009-2018 include woodland as a land cover increasing by 5.7% in parallel to grassland declining by 8.14% and, in terms of land use, agriculture declining by 11.5% and unused and abandoned areas increasing by 12%.

More information on LUCAS land cover and land use mapping can be found here:

Data C.1.ii. Change in land cover and land use

Change in land cover and land use

The leading driver of biodiversity decline is habitat loss.  This indicator tracks the changes in land cover (the biophysical coverage of land) and land use (the socioeconomic use made of land) across Ireland over time.