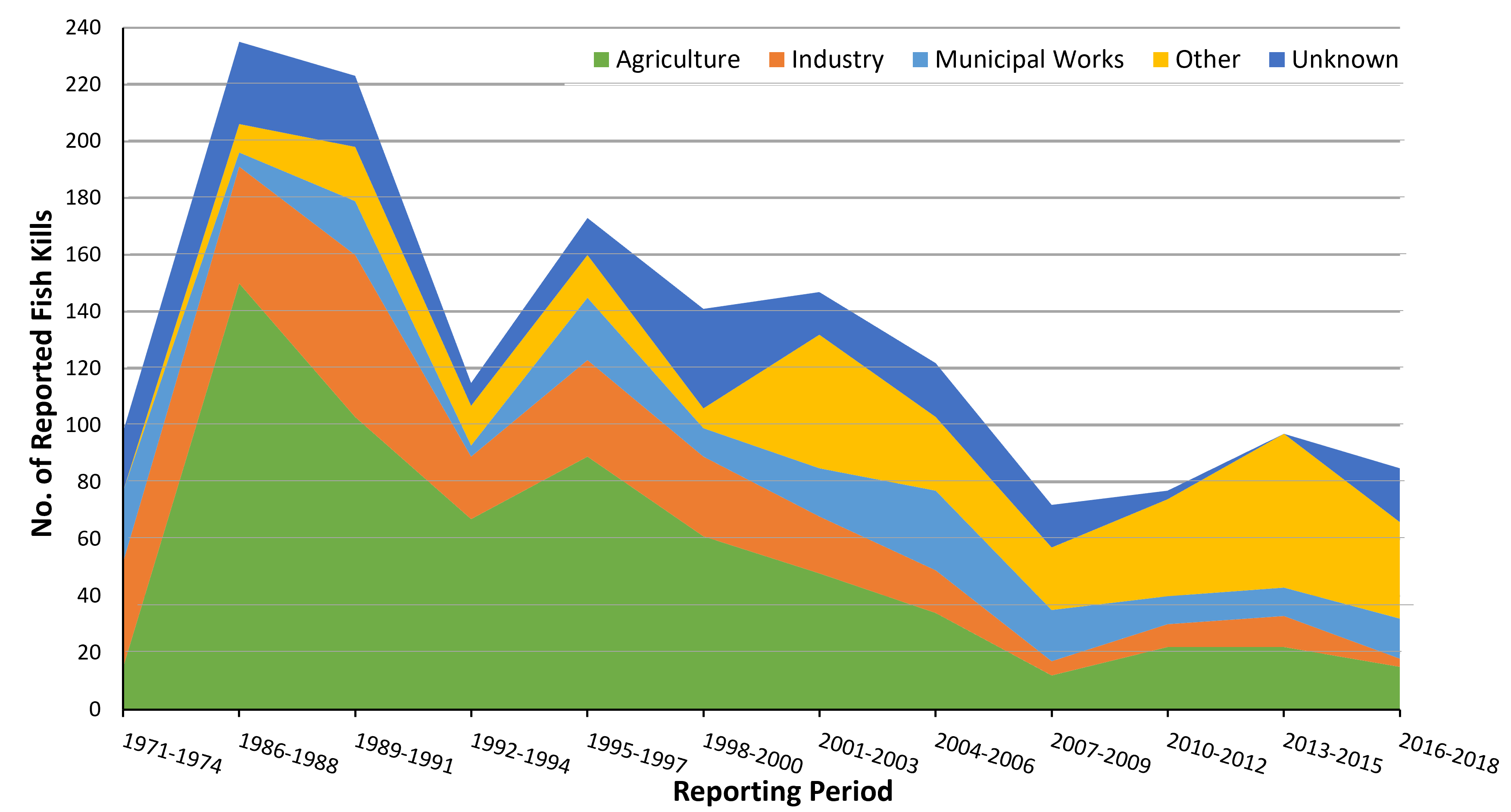 Fish mortalities in rivers and lakes are reported as ‘kills’ if there is a strong suspicion that the cause of the mass mortality is pollution or otherwise unnatural.  Mortalities due to natural causes, e.g., salmon and lamprey die naturally after spawning, are not considered kills.  The primary cause of fish kills in Ireland is the deoxygenation of water brought about by anthropogenic inputs of organic matter resulting in excessive plant growth. Silt is a secondary driver of fish kills by clogging gills or smothering eggs and/or fry in spawning areas.

Whether by accident or otherwise, fish kills can represent a breakdown in pollution control strategies in aquatic environments.  This indicator focusses on the number of reported fish kills investigated by Inland Fisheries Ireland.