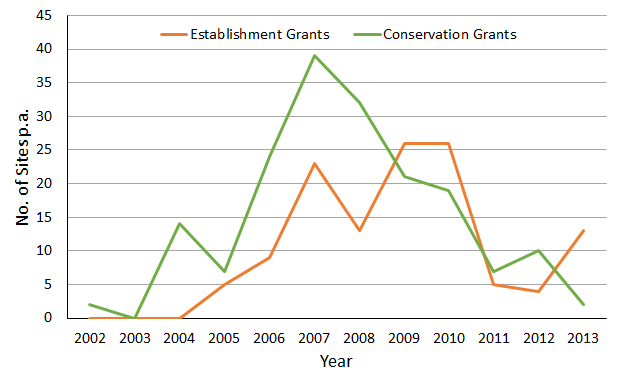 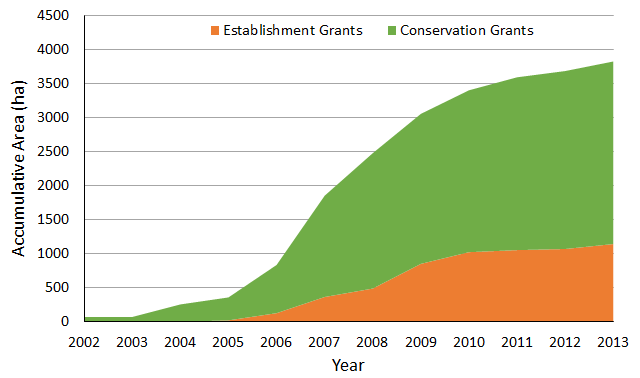 More information on the Native Woodland Scheme can be found here:

This indicator focuses on the number of number sites and the area covered by the Native Woodland Scheme which aims to protect, enhance and expand Ireland’s native woodland resource and associated biodiversity.