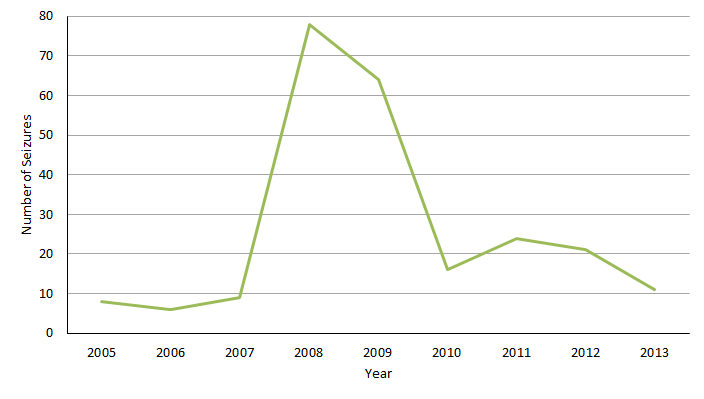 CITES is the Convention on International Trade in Endangered Species of Wild Fauna and Flora.  The aim of the Convention is to regulate and monitor the international trade in certain species of animals and plants, and to ensure that trade does not threaten their survival in the wild.  CITES is an international agreement between Governments, known as Parties to the Convention, which was agreed in Washington in 1973 and entered into force in 1975. Over 170 Parties (countries) have signed up to the Convention.  Ireland became a CITES Party in 2002.  Over 4,000 animal and 25,000 plant species are included in Appendices I, II and III of CITES, which accord them varying degrees of protection.

The competent authority in Ireland with responsibility for CITES is the National Parks and Wildlife Service of the Department of Arts, Heritage and the Gaeltacht.  The Revenue Customs Service’s role relates to possible intervention and control at points of importation and exportation.  If a Revenue Customs officer suspects that goods are being exported or imported in contravention of CITES, the consignment is seized and the national CITES liaison officer contacted.  From 2005 to 2013, 237 seizures of CITES listed species were made by Revenue Customs officers.

More information on CITES can be found here:

Data G.2.i. Number of seizures made of CITES listed species

Number of seizures made of CITES listed species

This indicator tracks the number of seizures made by the Revenue Customs Service of CITES listed species.  With over 4,000 animal and 25,000 plant CITES species, Ireland has made the commitment to regulate and monitor the international trade of these species to ensure it does not threaten their ongoing survival.