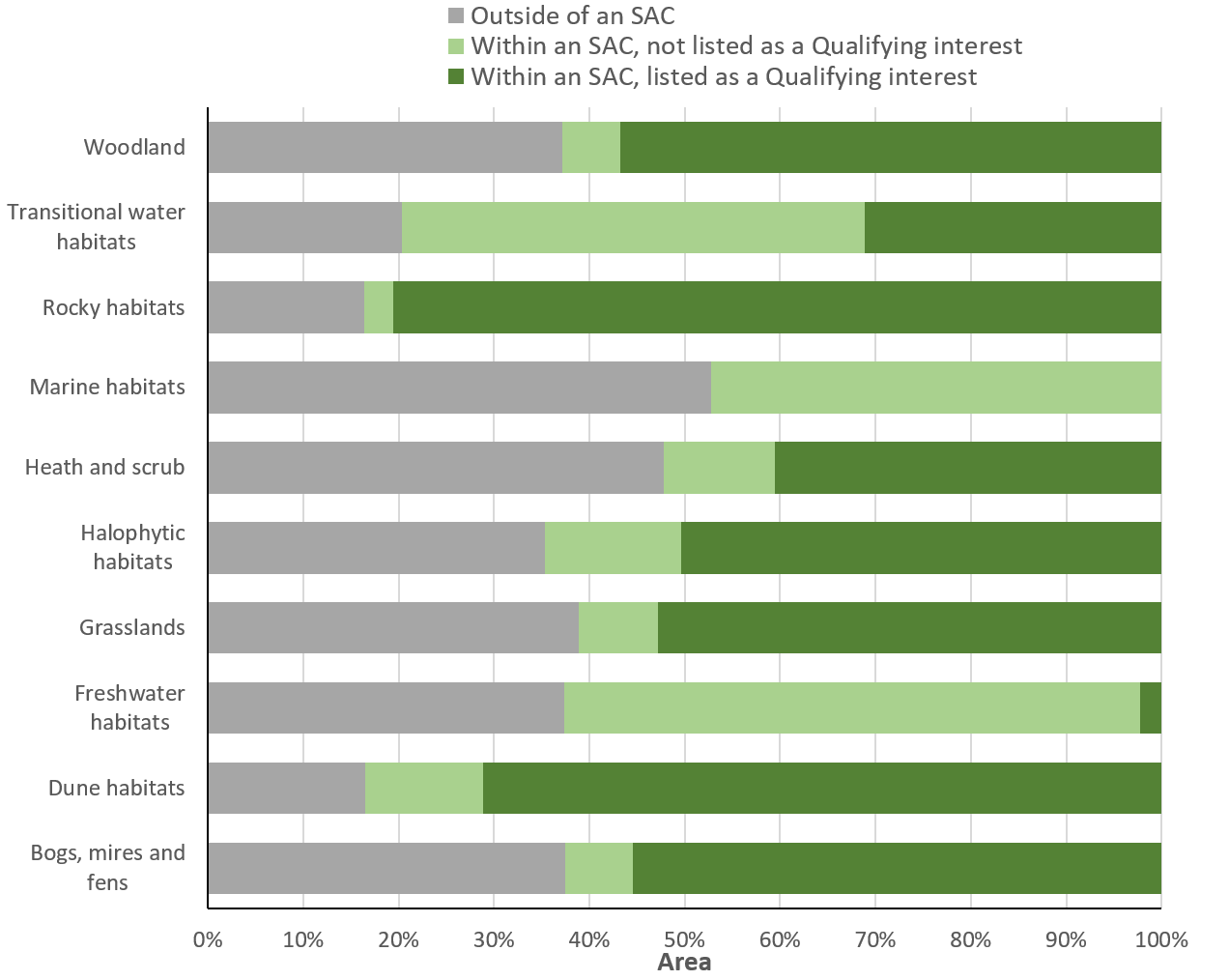 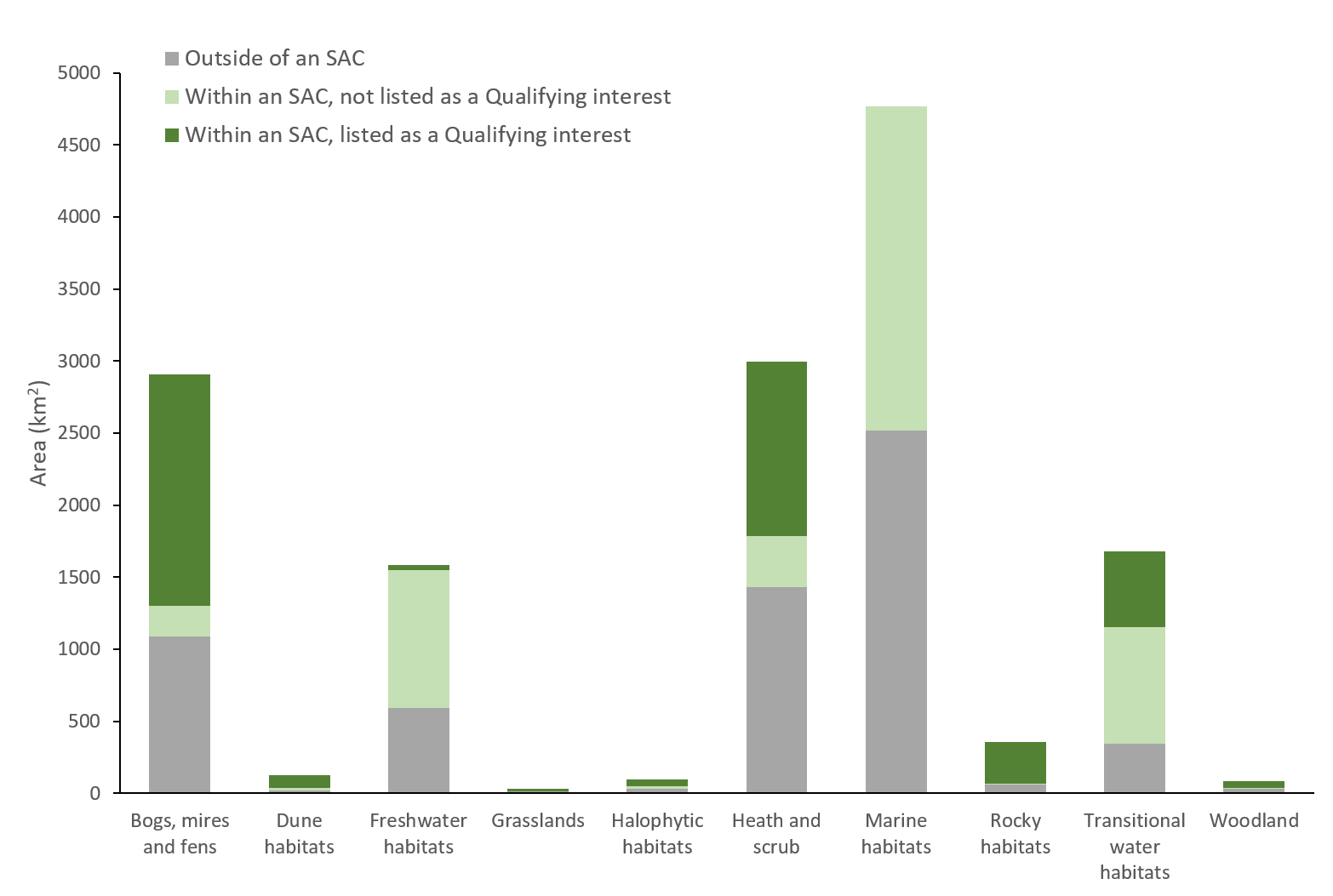 The EU Directive on the Conservation of Habitats, Flora and Fauna (92/43/EEC), more commonly known as ‘the Habitats Directive’, was adopted in 1992, came into force in 1994 and was transposed into Irish law in 1997.  The main aim of the Habitats Directive is to contribute towards the conservation of biodiversity by requiring Member States to take measures to maintain or restore natural habitats and wild species listed on the Annexes to the Directive at a favourable conservation status. These annexes list habitats (Annex I) and species (Annexes II, IV and V) which are considered threatened in the EU territory.

Under Article 11 of the Directive, each member state is obliged to undertake surveillance of the conservation status of the natural habitats and species in the Annexes and under Article 17, to report to the European Commission every six years on their status and on the implementation of the measures taken under the Directive.

Areas where these habitats and species exist and are considered of high conservation value have been designated as Special Area of Conservation (SACs).  An SAC may be comprised of a diversity of habitats, but only habitats or species listed as a Qualifying Interest are protected by the European Communities (Birds and Natural Habitats) Regulations 2011 (S.I. No. 477 of 2011); these regulate any plans or projects that may negatively impact the habitat or species listed as a Qualifying Interest.  Any damaging activity that impacts on the conservation status of a habitat is regulated under the Environmental Liability Regulations 2008 (S.I. No. 547 of 2008).

Ireland has submitted an assessment of conservation status of habitats in 2007, 2013 and 2019.  In 2007, distribution maps for many habitats were derived using expert judgement assisted by geology, soils, land use mapping and Ordnance survey maps.  Many large-scale habitat surveys have been undertaken since 2007 and 2013.  Consequently, the 2015 maps are more refined and restricted to data with a high level of confidence that the habitat maps are accurate.  The calculation of the national resource area per habitat are based on the availability of suitable spatial data and in some cases should be interpreted as minimum estimates.   Given the methodological differences regarding habitat mapping between the two reporting periods, at present no rigorous assessment of change in area can be undertaken.  Therefore, the 2015 data will be regarded as a baseline against which future assessments will be compared.

In 2019, excluding habitats excluding habitats that either still lack accurate assessments of their area (reefs) or are assessed using metric other than area (sea caves), the total area of habitat listed under the EU Habitats Directive in Ireland is 14,642 km2, of which 8496.04 km2 (58.1%) is lies within an SAC and 3867.86 km2 (45.5%) lies within an SAC and is also listed as a Qualifying Interest.

In 2015, the areas were slighter larger with the total area of habitat listed under the EU Habitats Directive being 17,014 km2 of which 56.5% fell within an SAC and 44.0% fell within an SAC and was also listed as a Qualifying Interest. One of the contributing factors in the difference between the figures in 2019 and 2015 was due to how the ‘Sea Cliffs’ habitat was measured; in 2015 it was measured as the total length of the habitat whereas in 2019 it was measured as the surface area. Another contributing factor to the differences observed between the years was the fact that in 2015, the ‘best single value’ was used to when determining the total area covered by habitat and area within an SAC and in 2019 a median value was used for 7 of the habitats where an area range was provided not a ‘best single value’. The percentage area of habitat also listed as a Qualifying Interest was unavailable for 14 habitats in the 2019 assessment and therefore the figures for 2015 and 2019 and not comparable.

More information on the Article 17 reports on the Status of EU Protected Habitats and Species in Ireland can be found here:

Data D.1.iv. Extent and location of gaps in protection of designated habitats

Extent and location of gaps in protection of designated habitats