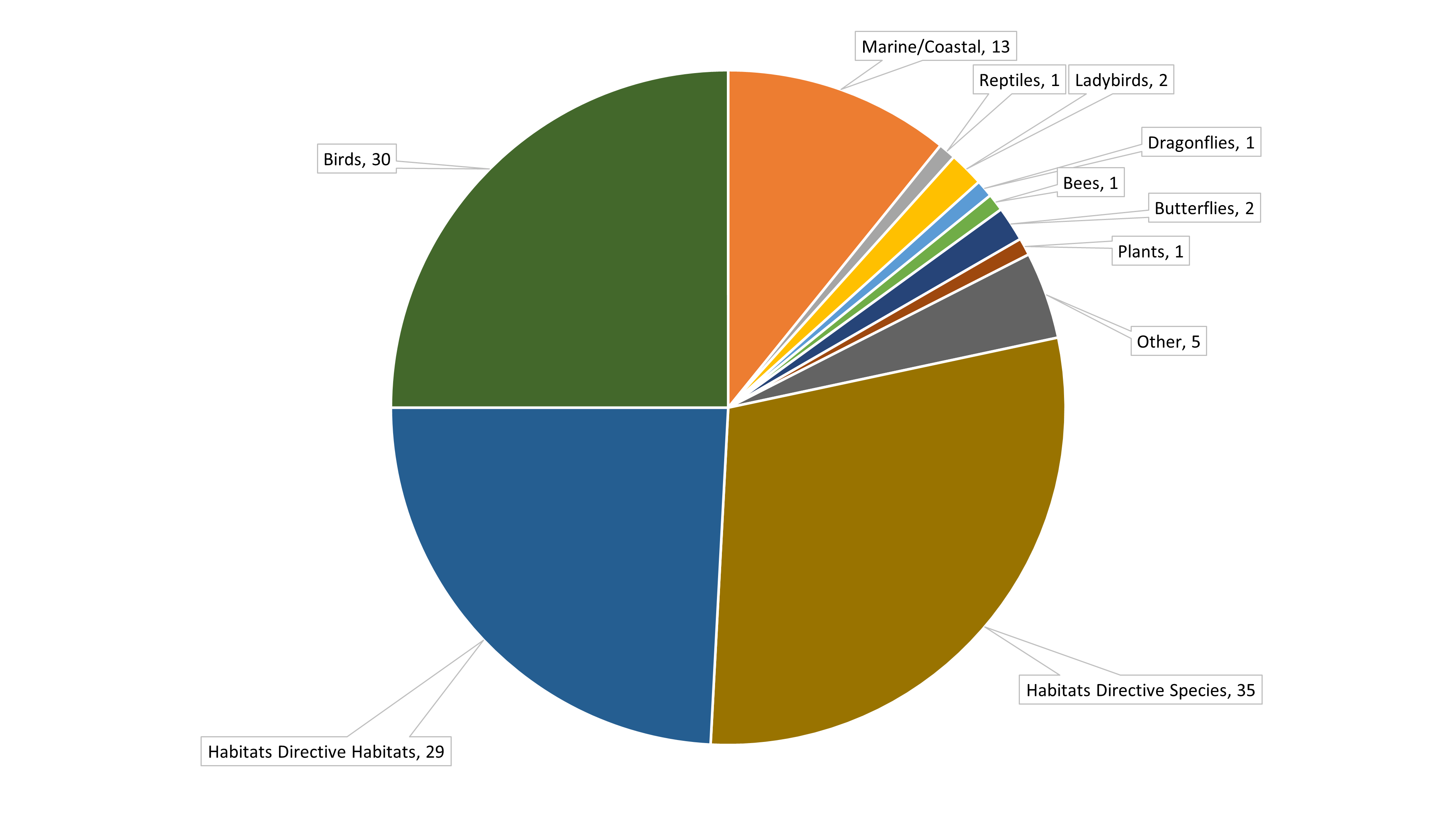 Biodiversity monitoring is the process of determining status and tracking changes in living organisms and the ecological complexes of which they are part. In other words, it is a way of gaining an insight on how biodiversity is faring in today’s world and is typically based on data on the presence and abundance of species. Monitoring biodiversity is important because it provides a basis for evaluating the integrity of ecosystems and the species within them, their response to disturbances such as habitat loss, pollution and climate change, and the success of actions taken to conserve or recover biodiversity. Monitoring biodiversity is a vital exercise, for if we were to ignore this research, we would be unable to assess the state of Ireland’s biodiversity.

There are many biodiversity monitoring programmes in place across Ireland which are used to monitor a range of both animal and plant species.

The National Parks and Wildlife Service commission a range of long-term monitoring/surveillance programmes for many of these species as well as for habitats and species listed on the Habitats Directive, and birds listed under the Bird’s Directive. In 2020 there were 120 monitoring programmes, and this extensive network of programmes were delivered by a large number of organisations including An Taisce, Bat Conservation Ireland, Birdwatch Ireland, British Trust for Ornithology, Coastwatch, Fota Wildlife Park, Galway-Mayo Institute of Technology, Inland Fisheries Ireland, Irish Peatland Conservation Council, Irish Whale and Dolphin Group, Irish Wildlife Trust, National Biodiversity Data Centre, National University of Ireland Galway, University College Dublin.

Monitoring programmes that are undertaken under the Environmental Protection Agencies (EPA) rivers programme or under the Water Framework Directive (WFD) were not included in the current data.

Ecological monitoring involves the periodic and systematic measuring of the state of a species or community of species. This indicator tracks the number of regular monitoring/surveillance programmes in Ireland.