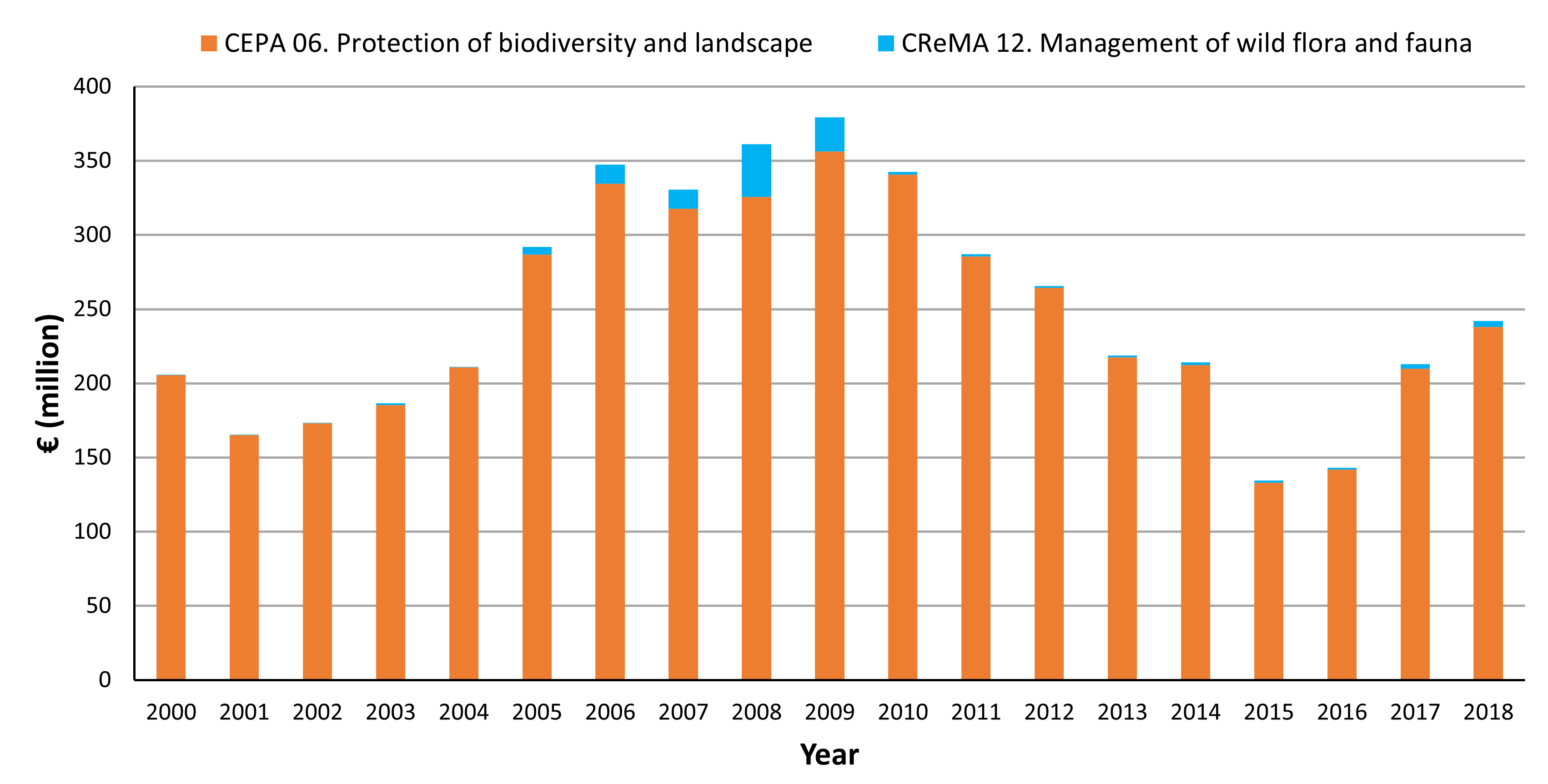 In 2012, the ‘First Report of the High-Level Panel on Global Assessment of Resources for Implementing the Strategic Plan for Biodiversity 2011-2020’, estimated that between US$150-440 billion per year would be required to deliver the Convention on Biological Diversity’s (CBD) global strategy for conserving biodiversity.  The estimate of the actual global scale of funding for biodiversity and ecosystem services (in 2010) was US$51.5-53.4 billion: a financial shortfall or ‘conservation funding gap’ of between 64-88% (Parker et al. 2012).

In order to address the global funding gap, the Convention on Biological Diversity adopted a Resource Mobilisation Strategy in 2012 which included a number of key financial targets and actions by Parties to the Convention:

In response, the Dept. Culture, Heritage and the Gaeltacht and Irish Research Council co-funded a National Biodiversity Expenditure Review (NBER) to examine the level and pattern of expenditure relevant to biodiversity (Morrison & Bullock, 2018).  The NBER recorded spending by government departments, agencies and non-governmental organisations 2010-2015, using the categories of expenditure provided by the Biodiversity Finance Initiative (BIOFIN).  Over this six-year period:

In support of Aichi Target 2 of the CBD Strategic Plan for Biodiversity 2011-2020, the UN Statistical Commission adopted the System of Environmental Economic Accounting (SEEA) in 2012 as a framework that organises and presents statistics on the environment and its relationship with the economy.  At a national level, the Central Statistics Office has advanced this framework, developing and publishing “Environmental Subsidies and Similar Transfers”, for the first time in 2017.

Environmental subsidies and similar transfers can be classified by the environmental protection or natural resource domain towards which they are targeted (for definitions of both activities and further details, the link is provided below).  This indicator presents governmental expenditure under the Classification of Environmental Protection Activities (CEPA) 06 Protection of biodiversity and landscape (Table 2.6) and Classification of Resource Management Activities (CReMA) 12 Management of wild flora and fauna (Table 2.12) in the Environmental Subsidies and Similar Transfers module collated by the CSO.

Secretariat of the Convention on Biological Diversity (2012). Strategy for Resource Mobilization.

Public sector expenditure is one way of assessing how the protection of biodiversity is prioritised by governmental departments and agencies.  Together with appropriate policy and legislative measures, sufficient resources are required to effectively deliver on national and international biodiversity commitments.